One of the cornerstone ideas of the animal rights movement is that there are no fundamental differences between humans and animals: humans are just animals, only more intelligent (Ryder, 1991). Therefore, some argue, since having a larger brain is just another quirk, like having larger tusks, animals should have many of the same rights as humans. In particular, they should have a right to life, a right to freedom and a right not be used by humans. Moreover, the well-being of humans should not be put above the well-being of animals (Singer, 1991), so that doing research on animals cannot be justified by improvements in human health, as scientists claim (Ringach, 2011; Bennett and Ringach, 2016). Of course, all of this flies in the face of the values of all human societies from prehistory to date, which have used animals for food, clothing, work and entertainment. No matter, says the animal right activist, that is unethical and has to stop (Reagan, 1985).

In the past, justification for human primacy over animals came from religions that stated that humans are superior to animals because they have an immortal soul, and that God commanded humans to rule over animals. However, the Theory of Evolution and modern physiology have pushed back against those beliefs, showing that there is an evolutionary continuum between animals and humans and that there are no fundamental differences between the physiology of the humans and other mammals (Rachels, 1990) . If the only difference between humans and animals is that of a higher intelligence, does that justify that we treat ourselves better than the animals? Or is this just self-interested behavior, “speciesism”, as the animal rights proponent Richard Ryder has called it (Ryder, 1991)? To strengthen their case, animal right proponents invoke the “marginal case”: these include infants and those with significant mental impairment who, lacking superior intelligence, then should presumably be treated the same way as animals (Reagan, 1985; Singer, 1991). Otherwise, they argue, we should be prepared to give animals the same rights that we readily give these marginal case humans.

However, modern neuroscience has in fact uncovered many differences between humans and the rest of the animals that makes us unique. These differences are not limited to a quantitative difference in intelligence but extend to many other mental and behavioral abilities that make us completely unique (Penn et al., 2008), a qualitatively different type of being.  Below I provide a list of the most important of those abilities. 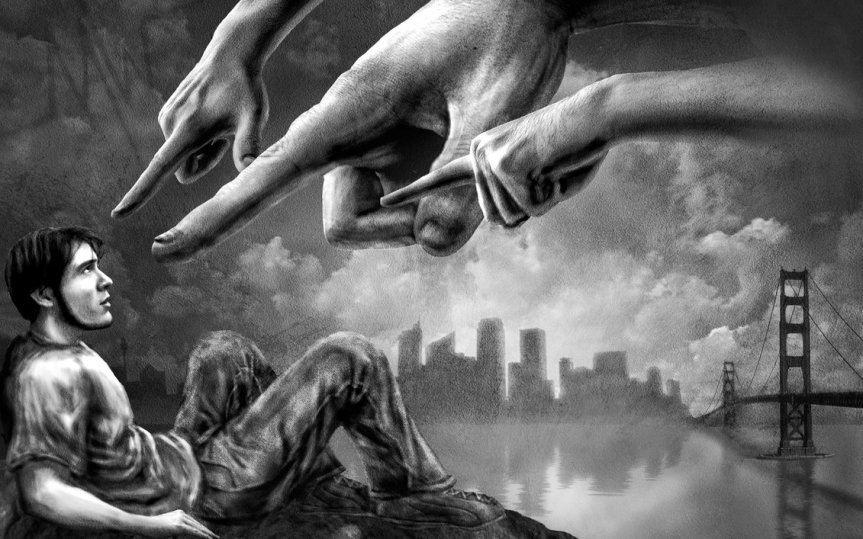 There are many more differences between human and animals. However, the ones that I have listed here are important because they give us our special feeling of humaneness. All of them are based on scientific facts about the human mind that are slowly being unraveled by neuroscience, not on religious beliefs or on ideology. However, what cannot be based on science is the value we attribute to those differences. Ultimately, this is a decision based on our ethical intuition. Still, for most people what determines how much consideration we should give to a being is its ability to be conscious; to feel empathy; to feel guilt and pride and shame and all other human emotions; to be happy as we are happy and to suffer like we suffer.

An important corollary of the ideas proposed here is to utterly refute the “marginal case” argument. Thus, even when a human brain is damaged by disease, accident or old age, most of the properties that I have listed here remain because they are deeply engrained in the way the human brain works. Theory of mind and extended consciousness appear early in human life and are the last things to go in a deteriorating brain. It takes coma to deprive us of them. A person may have a reduced intelligence or other cognitive disabilities, but s/he still has theory of mind, empathy, compassion, extended consciousness and all those human emotions. That is why when we encounter those people we recognize them as humans and we know we should treat them as humans. They are not animals and should never be treated as such. Intelligence is just a tiny part of what it means to be human.

Another important idea is that there are vast differences in the mental abilities of animals and, therefore, in the way they should be treated. Many animals, like jellyfish, worms and clams, do not have any mental capabilities at all, do not feel pain, and can be treated the same as plants. In the other side of the mental spectrum, it is possible that we will find that the great apes, dolphins and elephants have some form of theory of mind and extended consciousness, and therefore deserve a special treatment compared to other animals. Dog and cats have evolved special ways to communicate with humans that make them special in our eyes. So, when it comes to ethical consideration, animals should not be put in a general category, but each species should be assigned its own value. Otherwise, we may find ourselves in the quandary of not being able to rid our dog of fleas because these insects have the same “rights” as the dog. This is, in fact, what we have been doing all along: to establish a hierarchy of animals that deserve more or less consideration based on their mental abilities, putting humans at the top. Speciesism is unavoidable because we cannot treat different species of animals the same way.

Let me finish by saying that this is not an argument to treat animals cruelly or poorly. It is only an argument to treat humans better than animals and to keep using animals for our benefit. We should care about the welfare of animals, even as we try to understand how similar and how different they are from ourselves. What moves us to treat animals well is our empathy, our compassion, our sense of fairness and our cultural values. Things that animals do not have. Ultimately, we must treat animals right not because of what they are, but because of who we are.

Penn DC, Povinelli DJ (2007) On the lack of evidence that non-human animals possess anything remotely resembling a ‘theory of mind’. Philosophical transactions of the Royal Society of London Series B, Biological sciences 362:731-744.

Preis MA, Schmidt-Samoa C, Dechent P, Kroener-Herwig B (2013) The effects of prior pain experience on neural correlates of empathy for pain: An fMRI study. Pain 154:411-418.

Ringach DL (2011) The Use of Nonhuman Animals in Biomedical Research. American Journal of Medical Sciences 342:305-313.

65 thoughts on “Not just intelligence: Why humans deserve to be treated better than animals”