Switzerland has rejected, for the fourth time since 1985, a ballot initiative that would ban animal testing. Nearly 80% of voters said no to the motion (popular initiative). The percentage of voters opposed was higher than previous votes, including: 1985 (70% against), 1992 (56% against) and 1993 (72% against). 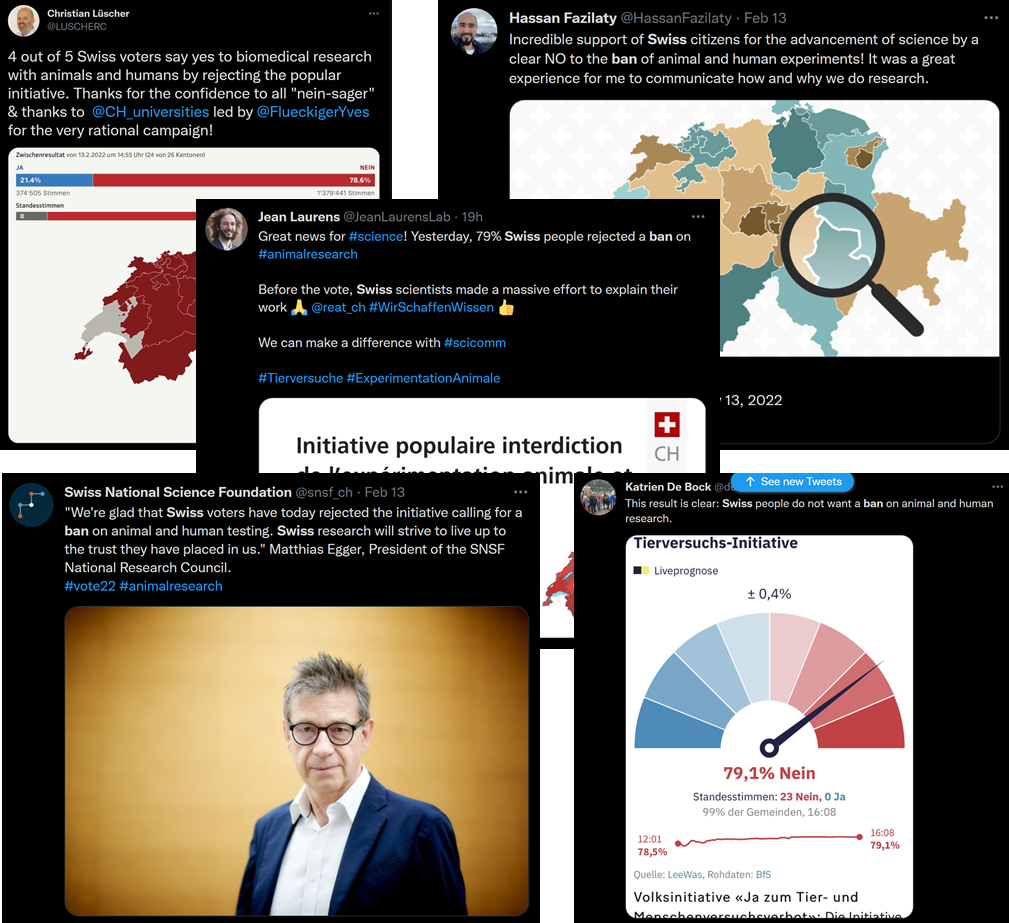 We join others in commending the Swiss voters for their rejection of a dangerous policy, which would have cut the Swiss off from global scientific advances and medical progress, with significant consequences on the health of humans and other animals. Speaking of Research applauds those members of the Swiss scientific community whose tireless efforts have contributed to public (e.g., here and here) note that Swiss pharmaceutical companies put their own weight on the scales, recognizing the danger of the initiative–to society and public health, but also to their own ability to develop new medicines and medical products, to combat both old as well as emerging diseases and illnesses. The efforts many made toward the shared goal of dispelling misinformation and informing public opinion, while reactive to the initiative, highlights how fragile and erosive public trust can be. We, as scientists, can and must do more to advance openness and transparency about the tremendous value of animal research.