A couple of days ago the New York times published a heart warming story about a young girl named Emma Whitehead whose acute lymphoblastic leukemia – which had previously defied all therapies – has gone into full remission following treatment with a novel gene therapy that programmed her immune system to target the cancer cells. The New York Times report noted that the therapy used a vector based on the HIV-1 virus to deliver genes – known as a chimeric antigen complex (CAR) – to modify  Emma’s T-cells so that they would destroy the leukemia cells.  This isn’t the first example of how scientists are using the properties of this deadly virus to develop powerful new therapies, back in 2009 we discussed how such a lentiviral vector was used to treat the genetic disease cerebral X-linked adrenoleukodystrophy. Emma wasn’t the only patient to benefit from this therapy developed by scientists at the University of Pennsylvania, 9 other patients with intractable leukemia have experienced partial or full remissions. 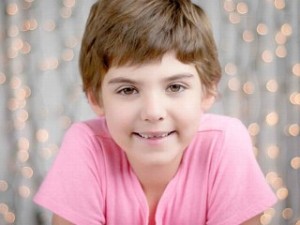 Earlier today I received an e-mail from a long-time reader of this blog asking:

Did I dream there was an SR post on this already?”

Well my friend, you were not dreaming.

Last year we published a post entitled “A breakthrough against Chronic Lymphocytic Leukemia…thank the mice!” which discussed the role of animal research in the development of this therapy, and in particular that of mice the evaluation of chimeric antigen complexes in order to identify a complex that would induce a long-lasting immune response against the cancer cells. Our post also linked to an article on the Weizmann Wave Blog entitled “Cancer Breakthrough 20 Years in the Making” which described the basic biomedical research – mice were again crucial – that underpinned this field.

At the time I concluded the post by saying:

So there you have it, behind the headlines are years of graft by hard-working and innovative scientists, who utilised a wide range of experimental approaches – among which animal studies figure prominently – to develop a novel therapy for CLL.”

And I say the same again today. At a time when funding of medical research in the US is facing the threat of very damaging cuts, Emma’s story is a reminder of why you should write to your Senator and Congressional Representative today!

2 thoughts on “Defeating Leukemia: A smile that says “Thank the mice””