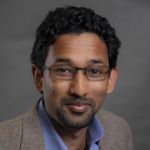 Today’s guest post is from Jeremy D. Bailoo, PhD, a developmental psychobiologist in the Division of Animal Welfare at the University of Bern, Switzerland. He is currently involved in research which examines the manner by which we house and care for animals and its relevance to animal welfare and how it affects experimental results. He is particularly interested in providing empirically based procedures for refining animal housing.

Why science needs to improve

In a recent article in the Huffington Post, Professor Marc Bekoff and Dr. Hope Ferdowsian outlined their reasons for believing that science does not need mice. Their article was written in response to an editorial in the New York Times which advocated for the need for female mice in laboratory research. Bekoff and Ferdowsian made a number of interesting points and cited relevant supporting literature. However, their response presented only certain aspects of the issues involved. In this piece I will deconstruct the arguments levied by both sides. I will refrain from critiquing information that was not accompanied by a citation in either article, as these constitute unsubstantiated opinion.

The authors of the New York Times editorial described a new study published in the journal Nature Neuroscience which suggested “that research done on male animals may not hold up for women. Its authors reported that hypersensitivity to pain works differently in male and female mice….If these differences occur in mice, they may occur in humans too. This means a pain drug…might appear to work in male mice, but wouldn’t work on women.” These authors then state that failure to consider gender or sex in research is well recognized and cite the work of Zucker and Berry (2010) as well as the repositioning of interests statement of the National Institutes of Health (NIH) specifying sex as a biological variable in NIH funded research (see here and here).

The NYT editorial framed a well-articulated argument and did not overstate any of the claims that it made. The issue of the underrepresentation of females in biomedical research has been repeatedly highlighted (e.g., here, here, here, here and here) with little change in US science funders’ policy until now. It is important to note that nowhere in this article is it stated that all research in mice is ungeneralizable to females. Indeed, whether a scientific result is generalizable to both sexes is dependent on the phenomenon being studied; and this seems to be the case in particular for pain research in mice.

In support of their argument, Bekoff and Ferdowsian cite the article “Mice Fall Short as Test Subjects for Some of Humans’ Deadly Ills”. In summarizing this article, Bekoff and Ferdowsian imply that because C57BL/6 mice (a single strain of 16 classified as Tier 1 in priority for investigation) do not seem to be able to model sepsis in humans, then all mice fail as a model of human disease. This is a logical fallacy, and a quick google search leads to very interesting responses to this article. Some are in favour of this piece (e.g., here) while others quickly identify flaws with the logic (e.g., here and here). Indeed, in the original article, the authors state “The study’s findings do not mean that mice are useless models for all human diseases.”

Next, Bekoff and Ferdowsian make the claim that the former director of the National Institutes of Health, Elias Zerhouni has lost confidence in the use of mice to model anything that is related to humans (see here). Bekoff and Ferdowsian fail to cite the clarification or perhaps are unaware of the clarification that was given (see here) in which Mr. Zerhouni states, “In short, animal models remain essential to the basic research that seeks to understand the complexities of disease mechanism.” As my colleagues at the website Speaking of Research have put it: “Animal models are essential to developing new medicines. They are, obviously, not sufficient on their own – cell cultures, human studies and computer models (among others) are also crucial methods used alongside animal models.”

The next paragraph with a citation states “Even experiments involving similar nonhuman species have shown that studies in mice, rats, and rabbits agree only a little more than half of the time (please see Hartung and Rovida 2009)”. Careful reading of this citation, however, does not yield this information. Indeed, nowhere in this article are any of these claims made. More interestingly, the cited article states, “no acceptable alternatives to reproductive-toxicity testing (in animals, my emphasis) have emerged, or are likely to be validated by 2018. Computational approaches are also limited by the complexity of reproductive toxicity and because half of the REACH chemicals are mixtures, inorganic, salts or contain metal atoms, rendering toxicity less predictable”. Thus, rather than supporting Bekoff and Ferdowsian’s arguments, it would seem that Hartung and Rovida advocate for the use of animals in toxicological research because there are no good alternatives.

Bekoff and Ferdowsian then state, “Attitudes toward animals are also changing, and now is the time for action. As per a recent nonpartisan Pew Research Poll, a solid 50 percent of people surveyed now oppose the use of animals in laboratory experimentation — an all-time high in the public opinion research literature.” This is indeed alarming and is the reason I have spent many hours researching these data. It is time that active scientists speak up for their science and break the cycle of misinformation that is spreading throughout our society.

In their penultimate paragraph Bekoff and Ferdowsian indicate that many may be incredulous in realizing “that mice and rats aren’t animals but a quote from the federal register does in fact read, “We are amending the Animal Welfare Act (AWA) regulations to reflect an amendment to the Act’s definition of the term animal. The Farm Security and Rural Investment Act of 2002 amended the definition of animal to specifically exclude birds, rats of the genus Rattus, and mice of the genus Mus, bred for use in research” (Vol. 69, no. 108, 4 June 2004).” It is worthwhile to note the date of this citation, June 2004 – 11 years ago. Much has changed in those 11 years and much will continue to change in the future. As science progresses, the type of animals used in research, the manner in which they are used, and their care will be continually scrutinized by scientists and the public. As a result, animal care, use, and corresponding regulations will continue to be adjusted. Moreover, animals used in research (including birds, rats, mice) are covered by Public Health Service (PHS) Policy on Humane Care and Use of Laboratory Animals since 1985 while guidelines for the care and use of laboratory animals have been critically considered since 1963 and have been continually updated as new information becomes available. Ferdowsian and Bekoff are either ignorant of current US regulations governing research or are deliberately being disingenuous.

These authors conclude that “there are numerous non-animal alternatives that are extremely reliable (please also see), and it’s about time they are used.” Again, where is the evidence for this? As I have outlined in this commentary, Bekoff and Ferdowsian have not provided sufficient evidence to come to this conclusion. Moreover, the statement that many non-animal alternatives are currently available and reliable requires careful deliberation. An example of such deliberation can be found here. The unsubstantiated statement that alternatives exist and are reliable does not make it so. Currently, such research and methods complement, rather than replace, research in non-human animals.

Thus, it would seem that the argument levied by Bekoff and Ferdowsian that science does not need research with mice is misleading. Poor reproducibility of experimental results is a problem in biomedical research. Indeed, it is a problem with science in general (e.g., here, here and here). To address the question “does science need mice”, one would have to: 1) examine the fields of science which use mice, 2) identify whether the science is performed with experimental rigour (design and conduct), and then 3) evaluate whether the findings obtained from these rigorous experiments are reproducible. By and large, the scientific community is still at step 2. As I mentioned previously, many fields which conduct research using mice report results that are irreproducible. The current cause ascribed to these failures is poor experimental design and conduct. This insight is gained by analysing whether information related to experimental design and conduct in published manuscripts and experimental applications are reported. For many fields of study employing the use of rodents, we cannot even begin to evaluate the effectiveness of a model because the manner in which the study was reported was poor. It is worth emphasizing that poor reporting of aspects of a study related to experimental design and conduct does not necessarily imply that a study was conducted poorly. Ascertaining this information would require interviews for each published article in question; a Herculean, if not impossible, feat. As highlighted in my recent paper, many solutions have been put forward to improve the manner in which we execute and report experiments but until these are endorsed and enforced, science in general will not improve. And that also applies to research using humans as subjects.

2 thoughts on “Guest Post: Why science needs to improve”