In previous years, Belgium’s three regions (Brussels, Flanders and Wallonia) have published their statistics independently, but the Belgian Government is now collating these regional statistics themselves. In 2016, according to the Department Omgeving, Belgium conducted 535,829 procedures on animals, down 5.4% from 2015. 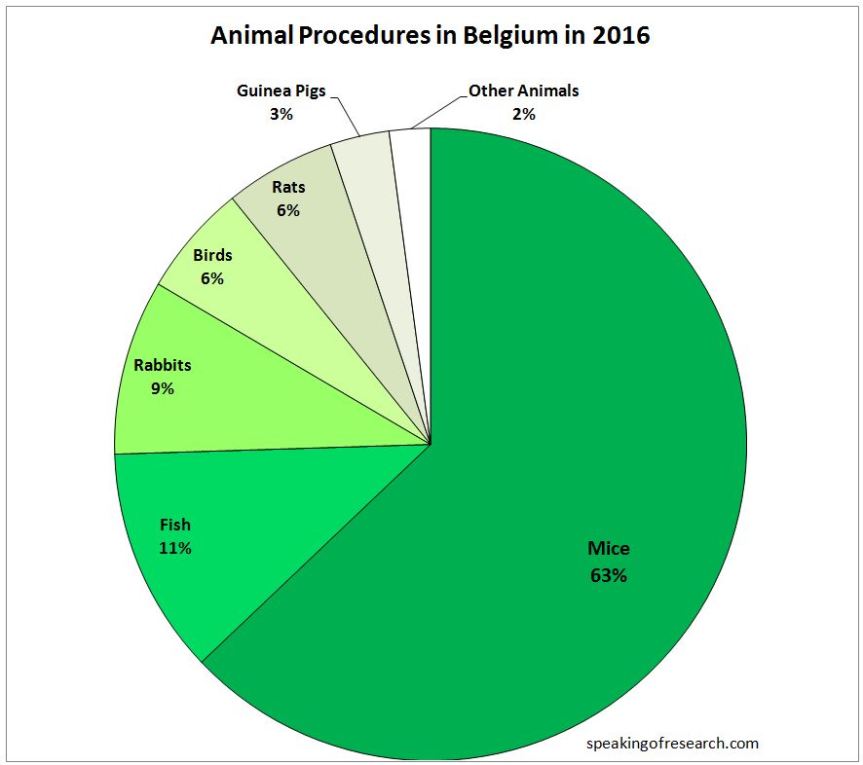 As in most countries, mice remain the most common species used (62% of all procedures), followed by fish (11%). rabbits (9%), birds (6%) and rats (6%). While mice, rats, birds and fish account together for 86% of all animals (common for many European countries), the proportion of rabbits is higher than in many other countries. Dogs, cats and primates together accounted for less than 0.4% of research, with only the number of cats rising from the previous year (from 82 to 123). 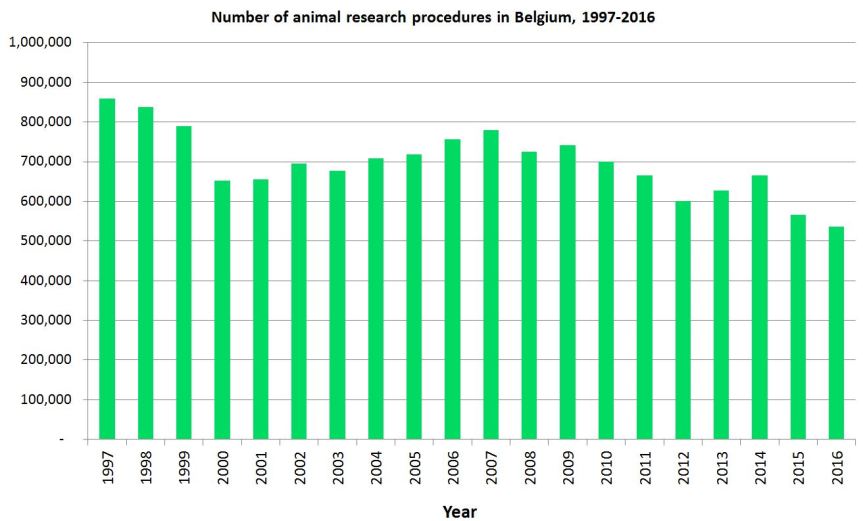 The number of animal procedures in Belgium has now fallen to its lowest point in the last two decades, down 38% from 1997.

Retrospective reporting of severity showed that 60% were Mild or Non-Recovery (where the animal is anaesthetised and never woken up), 22% were Moderate, and 18% were considered Severe – a fairly high proportion compared with other European countries and possibly reflecting the amount of regulatory research.

Other points of interest from the 2016 statistical release: