My mother just came home from a 5-day stay in the hospital last night, and today, this article about new research from my fellow scientists at Yale landed in my inbox: 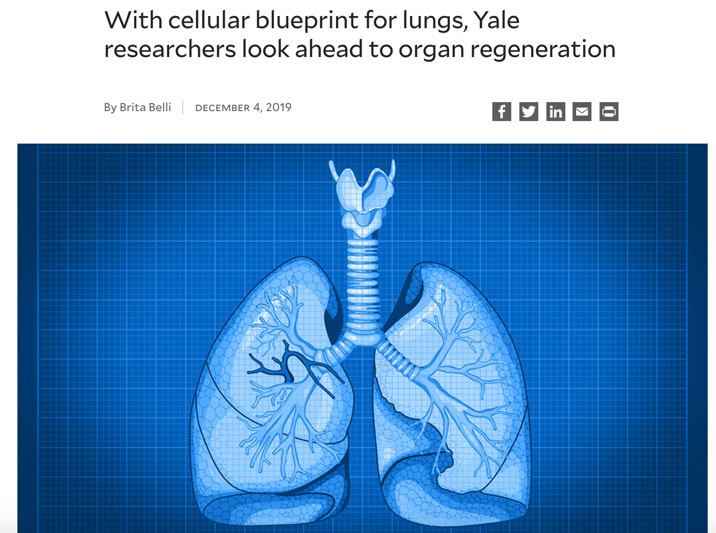 Seeing as how my mom went in for issues related to her lung disease, my interest was immediately piqued. Mom has alpha-1 antitrypsin deficiency, which is a genetic condition that raises her risk for lung disease because a protein that protects the lungs, alpha-1 antitrypsin (AAT), which is made by the liver, gets stuck in her liver cells and can’t reach her lungs. So, here she is in her early 70s with severe chronic obstructive pulmonary disease (COPD).

Over the weekend, when I had to take her to the ER for extreme difficulty breathing, there was a brief period where I feared she might suffocate to death. It’s difficult to explain how terrifying it is watching your mother panicking because she can’t get enough air.

But this article, and her week in the hospital, gave me comfort – and hope. And they made me thankful, yet again, for the wonders of modern medicine made possible only through animal research.

The treatment my mother received in the ER to dilate her airways – albuterol via nebulizer – was developed and tested in guinea pigs. The near-immediate relief I watched this medicine provide her eliminated my own panic. She had control over her breathing again. The antibiotics she received to fight off the lung infection she went in for, and the host of other medications she got to manage her myriad medical conditions while in the hospital, were also all developed and tested in animals. The news article on the cellular blueprint for lungs, however, sets the stage for a future when my mother’s grandchildren – my own son and daughter – may be able to rest assured that they, or their own children, can be free of the worry my mother and I faced (and will likely continue facing).

This new research, by comparing lung cell functioning and communication in mice, rats, pigs, and humans, is the foundational basic research that will be required to develop new, more sophisticated medicines to treat lung diseases. What’s more, this type of comparative research – which necessitates the careful study of nonhuman animals – lays the groundwork for bioengineering of lung tissue, which is already beginning in the labs at Yale. Currently, the only way to cure end-stage lung disease is with lung transplants (which themselves were developed and tested in dogs, rats, and mice) which don’t have terribly high success rates and which come with a host of side effects and can lead to other health consequences. But building healthy lung tissue from patients’ own healthy cells may be possible in my children’s lifetimes. First, though, scientists like these need to understand how lung cells interact and function at a detailed level – which is part of what this research accomplished.

“I’d like to thank the little critters. Because of them, people like me can benefit hugely,” Mom said.