There is a rather interesting book, Animal Experimentation and Medical Progress by William Williams Keen, published in 1914, which describes some of the incidents in the animal research debate during the early 1900s.  What is  striking about this book is that it illustrates very clearly how little (if at all) the arguments and tactics of animal rights proponents have changed over the last 100 years.

Consider the kind of letters that scientists received because of their work with animals:

Sometimes, animal rights activists also felt it was also important in making their point to include other members of the scientist’s family in their missives. 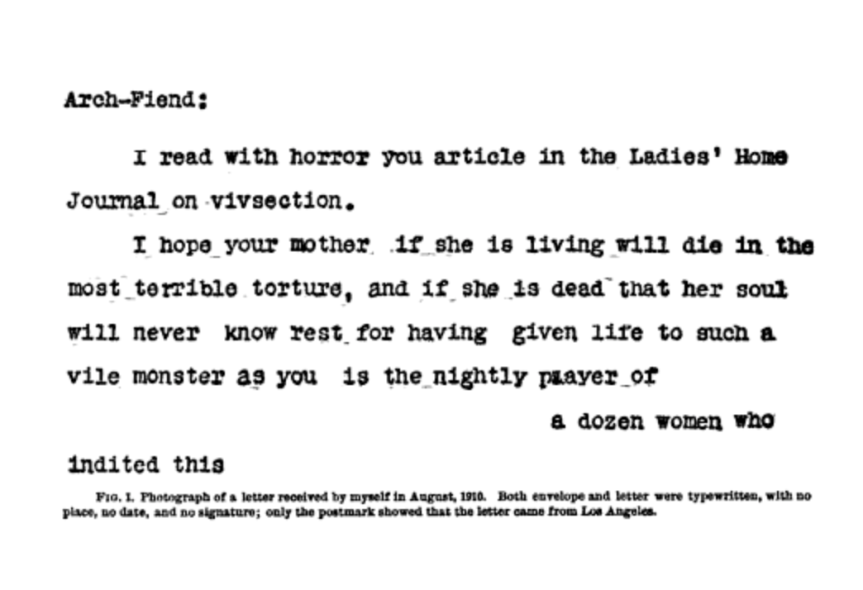 The language is nearly identical to the anonymous emails or web-postings attacking scientists today.

A century ago those opposed to the use of animals in medical research were already using deceptive, calumnious imagery, suggesting animals underwent surgical procedures without anesthetic,  which evoked the following, unanimous response from the English Royal Commission:

And a hundred years ago, the scientific  community was already expressing  disbelief and regret at the lack of understanding of the work, and the activists’ willful ignorance of those that denied its benefits — 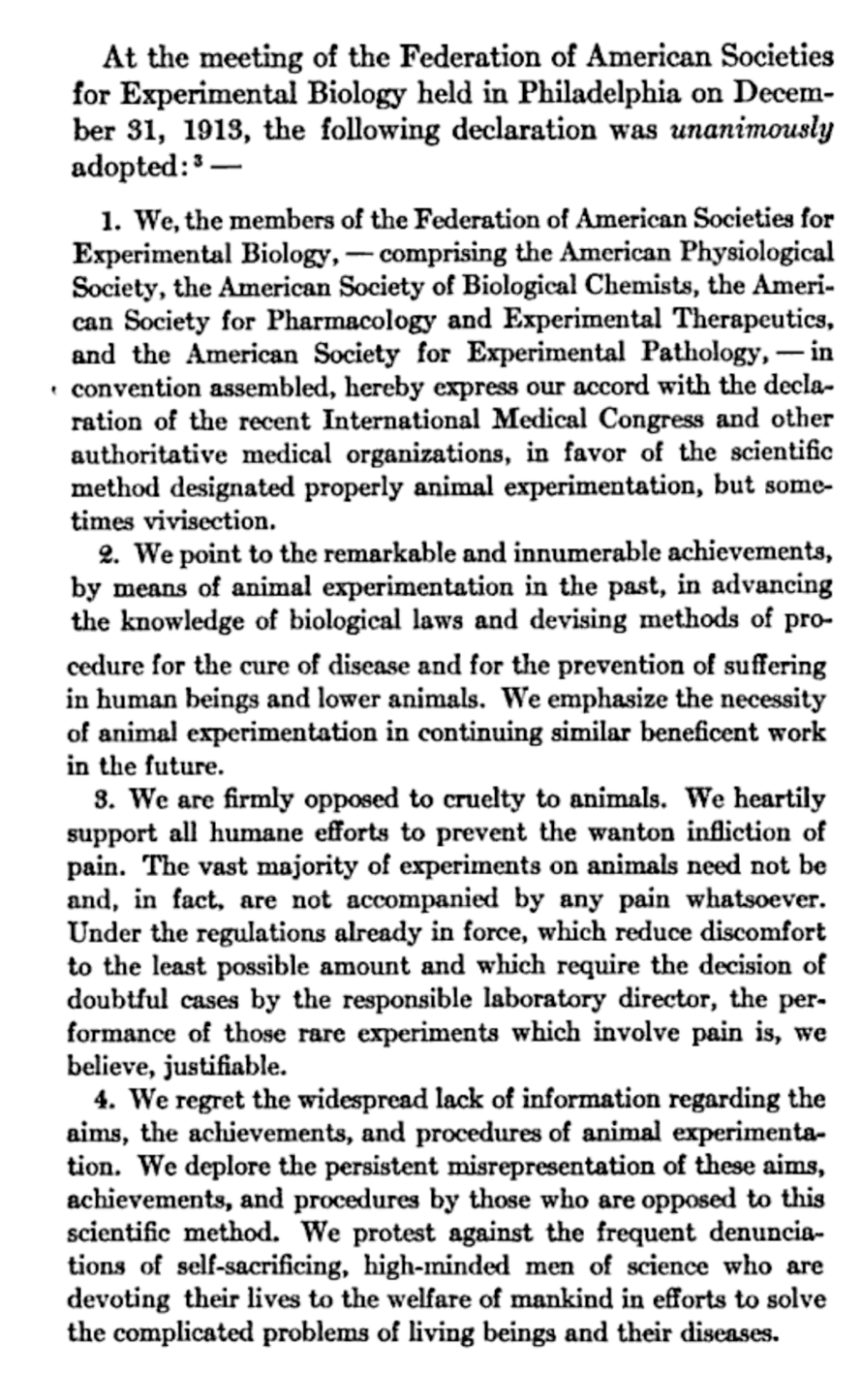 Scientists were not alone in their outrage.  One hundred years ago medical professionals from all over the world were prompted to issue a  statement at the International Medical Congress supporting animal research:

Of course, Charles Darwin himself, had these famous words to offer some 30 years earlier:

Fortunately, some things have in fact changed over the last 100 years.

Back then we did not have antibiotics, nor vaccinations for terrible childhood diseases.  We do today.  Vaccines that save more than 3 millions people per year, and prevent millions of others from suffering from disease and permanent disabilities.

Back then X-rays machines were just being created, the machines were bulky and access was extremely difficult.  Today X-rays, doppler ultrasound, positron emission tomography, magnetic resonance imaging, are all widely available providing some of the most useful diagnostic tools.

Back then Heroin was used in children’s syrup to treat cough and bloodletting was still used to treat fever and inflammation. Today, effective pain relievers and anti-inflammatories are widely available in the pharmacy at the corner.

Back then premature babies almost invariably died.  Today, the development of lung surfactants is saving the lives of babies across the world every day.

Perhaps it can all be summarized by the fact that that back then life expectancy in the US was 52 years.  Today, we are living an average of 80 years.  In other words, in merely 3 generations, we increased our life expectancy by 60%.  This is time we all now enjoy with our loved ones, children and grandchildren.  Thanks to science.  Thanks to scientists. Thanks to responsible, animal research.

That is why one cannot help but keep repeating Darwin’s famous words “…he who retards the progress of physiology is committing a crime against mankind.”

11 thoughts on “Animal rights activism and medicine 100 years ago”