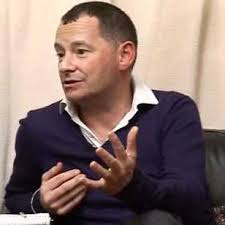 Today we have a guest post from Kirk Leech, Executive Director of the European Animal Research Association (EARA), who explains how he is trying to encourage openness in Belgium.

The European Animal Research Association (EARA) was set up in March 2014 with the aim of helping to maintain and improve public acceptance and understanding of animal research. Belgium is one of the countries that we work in. Belgium, with a population of 11 million people, has a large number of private and public research institutions that undertake animal research. The latest figures as released separately by Belgium’s three regions, Flanders, Wallonia and Brussels, revealed that there were collectively 664,472 procedures on animals carried out in Belgium in 2014. Similar to other European countries, over 85% of procedures were carried out on mice, rats and fish.

Belgium has in the past had to deal with its fair share of criminal anti-animal research activity such as violence, arson, intimidation, ‘freeing’ of animals from laboratories and harassment. But, much like in most countries in the European Union, activism has shifted away from the use of direct criminality towards clever, often social media driven communications campaigns. Calendar events, such as World Day for Laboratory Animals April 24, have become important media opportunities for activist groups to promote their anti-research messages.

Every year on that day, activists organise demonstrations and petitions against animal research. Historically, pro-research institutions and researchers have struggled to respond to these events, often deciding not to comment. Unfortunately, this approach allows the activists to dominate any media coverage of the day, creating a one-sided negative narrative on animal research in the public mind. EARA decided to reverse the previous quiescence by research institutions on World Day for Laboratory Animals by collaborating with private and public research to pro-actively release a statement to the media on the benefits that animal research has brought in Belgium.

We invited public and private research organisations to a meeting to discuss the merits of an open and transparent approach toward communication about animal research. One of the practical steps we agreed on was a collective response to World Day for Laboratory Animals. The agreed statement, released before World Day for Lab Animals, explained the role of animals in research, and acknowledges the need for transparency and an open dialogue between science and the public. The statement was translated to Dutch and French for publication by the undersigned and circulation to the media.

The statement was signed by 24 Belgian public and private research organisations. Ten universities, eight private companies and six public institutes joined the initiative. It received extensive coverage in two major national newspapers. By standing united in their support for animal research, the signatory organisations could feel encouraged by their strength in numbers. On the side of anti-animal research activists, there were no demonstrations or protests to mark World Day for Laboratory Animals in Belgium aside from an ongoing online petition.

The Belgian collective response to World Day for Laboratory Animals was a historic event: on a day traditionally set up as an activists’ media opportunity, we brought together public and private research organisations from Flanders, Wallonia and Brussels to show a united front in support of animal research.

Together, they showed that they stand for open and transparent communication about animal research. They are committed to work for a public dialogue between science and society about why, when and how animals are used in research and about their important contribution to scientific and medical development. Compared to the United Kingdom, where openness has led to greater public acceptance of animal research, Belgium has a long way to go. To us, this statement is the start of a process to create a culture of openness about animal research in Belgium.