The Animal and Plant Quarantine Agency (APQA) of South Korea has released its animal research numbers for 2017. We spoke to the Animal Protection & Welfare Division and have been able to get a translated copy of these figures. The tables below were produced by the APQA, and we thank Dr Moon for providing these figures. For more information of animal research around the world see our Worldwide Statistics page. 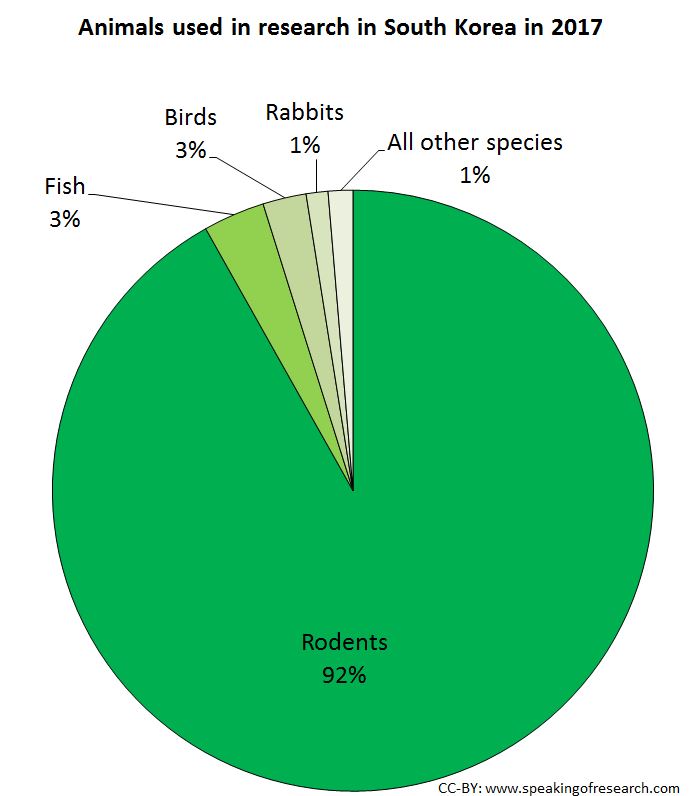 Primates accounted for just 0.08% of all animals used.

South Korea continues to produce severity statistics, similar to those in Europe. 5.3% of research showed no harm to the animal, 28.1% was mild, 33.2% was moderate and was 33.3% severe. This is very similar to last year’s figures. The grading works (approximately) as follows: 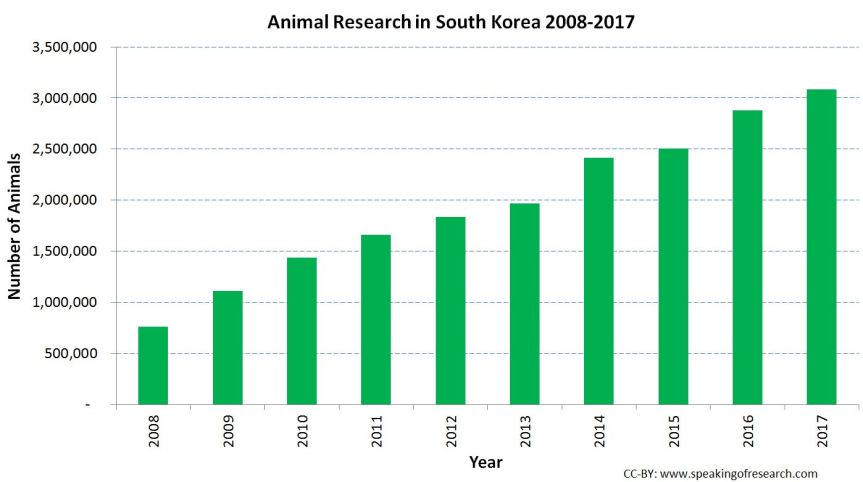 The number of animals used in research has continued to rise steadily over the last decade, up 305%, rising at a fairly steady rate of over 250,000 animals per year. To see why, take a look at a graph, produced by Nature, on the growth of R&D in South Korea over the same period.

The huge rise in spending on basic and applied research means that animal experiments were likely to rise (and did) over the same period. In 2013, South Korea had more researchers per thousand people in employment (12.84) than Japan (10.19), the USA  (8.81) or Germany (8.54). Medical and health sciences were the largest discipline (by publications) in South Korea (see Nature article).