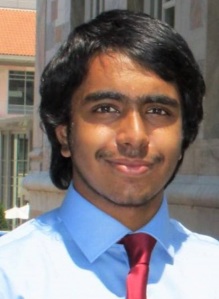 It is not often that we publish student essays on Speaking of Research, however, when we received the following essay from Zaim Zibran, a junior at Walton High School in Georgia, US, we felt compelled to share it. Zaim is currently doing a summer internship at the James P Grant School of Public Health in Bangladesh, and was motivated to write this essay after being appalled at the misinformation and misconceptions that existed about animal research in the non-scientific community. As an asthmatic, Zaim says he owes much of his good health to the animal research behind inhalers.

I was diagnosed with asthma at age four. I’ve survived asthma attacks which involve the feeling of suffocation caused by my clogged lungs. I’ve survived spells of forced and frantic breathing. I’ve also survived the reality that I live in constant fear of the next attack. But I also recognize the primary reason for my survival: my inhaler. This was the lifeline that science brought me and millions of other asthma patients worldwide. Like most other scientific innovations, asthma treatments would not exist without animal testing. But they do, and as a result, millions upon millions of lives have been saved and improved.

The science behind the treatment

For those unfamiliar with asthma medications, here’s a little background. In 1979, substances called leukotrienes were discovered to be the principal cause of the symptoms of allergic and inflammatory conditions. Further studies with guinea pigs and then primates resulted in the development of leukotriene receptor antagonists, resulting in the first new type of asthma treatment (Asthma Inhalers) in 20 years. Through tests in guinea pigs, scientists discovered how to rapidly respond to asthma attacks with medications that could be inhaled by patients. The drugs that came about as a result of those tests are why I and millions of other asthma patients have survived attacks. Thanks to the continuous efforts of scientists around the world who conduct animal and human studies, further advancements – benefitting asthma patients and those suffering from various other diseases- can continue.  While animal testing may be considered unethical by some, it is an indispensable part of the research process.

According to the Foundation for Biomedical Research, 15,700 children are diagnosed with cancer each year. However, due to medical advancements that came about through animal testing, 90 percent of these children survive. In fact, “the earliest chemotherapy breakthrough was developed by studying the effects of an engineered mustard-nitrogen compound on lymphomas (cancers of the immune system) in mice.” Unfortunately, despite these miraculous advancements, many children diagnosed with cancer still fail to reach the normal lifespan for a human being. They continue to rely on the promise of science to help keep them alive.

Today’s world is one in which people are faced with countless health challenges. But in many cases, we have treatments that allow us to manage these issues, survive, and move on. However, it is easy to forget – or perhaps fail to recognize in the first place – that almost all these treatments that we take for granted, came about in part by animal testing. Animal research is undeniably a critical component of modern science. It would be naïve to believe otherwise. According to Colin Blakemore, a neuroscience professor at Oxford University and a former head of the Medical Research Council, “Animal research has contributed to 70 percent of Nobel prizes for physiology or medicine. Without it, we would – medically speaking – be stuck in the Dark Ages.”

Consider a world without animal testing. It would be one where human deaths related to a lack of knowledge about drugs, would be a common occurrence. It would also be a world where drug production would be reduced to a snail’s pace. Bill Breen, a researcher at the University of Michigan, identified a past tragedy that, in addition to transforming the drug testing process at the FDA, demonstrates what a world without animal research would look like.  “In 1937, an antibacterial sulfa drug made with ethylene glycol (a.k.a. antifreeze) — untested before it was marketed — killed 107 people.”  Without animal testing, drugs could not be properly evaluated and scientists would be less likely to accurately predict the effects of a certain chemical on a human, significantly slowing down the rate of healthcare advancements and scientists’ ability to benefit mankind.

Contrary to animal activist claims, animal testing has been proven effective when it comes to predicting the effects of drugs on humans. This success hinges on the fact that humans and animals share many physiological and genetic similarities, especially mammals. Furthermore, these systems react similarly to chemicals. There are those who irrationally believe that animal testing should not take place, citing species differences. However, that claim quickly falls apart when one takes into account the thousands of medicines and therapies that have stemmed from animal testing. No new technologies exist that can fully replicate all of the complex interactions that occur within a living organism. For example, one alternative, micro-dosing, which tests the effects of chemicals on an extremely small scale, would not be able to predict results for high doses in a larger body. Other additional alternatives are incapable of replacing animal tests simply because no computer simulation or cell culture can completely mimic the complex biochemical interactions that occur in a whole animal.” Nor can they process reactions quickly on a small molecular level.

This is not to say that alternatives are unimportant. Non-animal methods should be practiced whenever possible because they can assist in the pre-screening of drugs and help reduce the number of animals needed. Speaking of Research points out that scientists today can use MRI imaging to analyze the reaction of different parts of the brain to certain conditions instead of sacrificing animals. The science community – and not just animal activists – frequently advocates for animals to be treated in the most humane way.

Opponents of animal testing often argue that animal studies should be banned because in some cases, the research requires the animals to be euthanized. However, what critics fail to point out is that animal testing benefits animals in more ways than it harms them. Animal research allows scientists to make major breakthroughs for veterinary medicine as part of their research. For example, testing the effects of an ointment on a wound of an animal not only allows scientists to determine if the medication would function on humans, but also lets them determine if it could be used in veterinary care. Many veterinary diseases are now curable thanks to animal testing.

In addition to transforming veterinary care, animal studies also directly allow scientists to minimize the environment’s detrimental effects on animals. Richard Aurelich, a University of Michigan Researcher, studies an endangered mink species to determine and control PCB toxin levels in water. This research helps minimize the environment’s adverse effects on the animals’ reproductive abilities. Toxicity testing is fundamental to understanding the effects of external factors on different animal species, and there is no more reliable or successful method to gather this critical information than animal testing. Such testing saves numerous animal species from environmental harm and extinction.

Animal research remains a cornerstone of current and future healthcare advancements. Because this is the case, removing this essential tool would make it extremely difficult, if not impossible, to find cures for countless diseases. One longtime reality of nature is that the sacrifice of one life perpetuates another. In the case of animal studies, the humane sacrifice of one animal life perpetuates thousands of others, and it is the only way to ensure safer and better healthcare for everyone.  Is it humane to harm some animals to develop drugs and cures for thousands around the world? To me, and millions of others who are alive today because of animal testing, the answer is a resounding yes.