The famous philosopher, academic, and animal rights activist, Peter Singer, criticized the actions of those animal rights extremists who sent razors to researcher David Jentsch (claiming that they were “covered in AIDS infected blood” – see Jentsch’s response on SR). Singer is often regarded as the founder of the animal rights philosophy with his 1975 book “Animal Liberation”, so it is reassuring to see such individuals condemning the extremists within their movement.  In a Twitter message, Singer said:

Ugh…how will this help the animals? All it does is give the animal movement the worst possible image. http://tinyurl.com/27xmlkr

It’s not the first time that Singer’s comments have caused controversy among the movement he helped to found. In November 2006, in footage from the British Documentary ‘Monkey, Rats and Me‘, Singer backed animal research as acceptable in some situations. Talking of monkey research into Parkinson’s conducted by Tipu Aziz, Singer said:

‘It is clear at least some animal research does have benefits … I would certainly not say that no animal research could be justified and the case you have given sounds like one that is justified.’

This resulted in a backlash from many leaders of the animal rights groups. 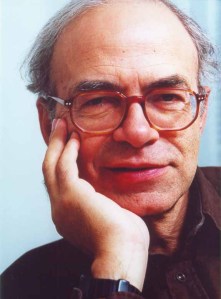 Speaking of Research applauds Peter Singer for his criticism of the animal rights extremists who are preventing open and reasoned debate on this important issue.