PETA campaigns are rarely benign, from misrepresenting science to glorifying violence against women and scientists. Their latest campaign, reported yesterday by Science Insider, is no different. PETA have sent hundreds of letters to the neighbors of both NIH Director, Francis Collins, and world renowned researcher, Dr. Stephen J. Suomi, as part of a long running campaign against Dr Suomi’s NIH-funded research into the behavioral and biological development of non-human primates.

These letters, condemning Dr Suomi’s research, are full of inaccuracies. His work has been defended by several large scientific organisations. When PETA first launched their campaign against Dr Suomi earlier this year the American Psychological Association wrote:

We believe that the facts do not support PETA’s public statements about this research. Over the past three decades, Dr. Suomi and his collaborators have made significant contributions to the understanding of human and nonhuman animal health and behavior. Dr. Suomi’s work has been critical in understanding how the interactions between genes and the physical and social environments affect individual development, which in turn has enhanced our understanding of and treatments for mental illnesses such as depression, addiction, and autism.

The American Society of Primatologists supports research on non-human primates that is carefully designed and employs rigorous research protocols. Dr. Suomi’s research and consistent funding by the NIH attests to his adherence to prescribed protocols and regulations.

While the NIH’s own very robust statement, which it issued this January following a review of Dr Suomi’s research programme sparked by PETA’s complaint, concluded that it:

has achieved world class, enduring contributions to our understanding of the developmental, genetic, and environmental origins of risk and vulnerability in early life,” and “could be a truly remarkable point of departure for a unified theory describing the biological embedding of early social conditions and their developmental consequences.

Yet the letters are more than just another incident of misrepresented research. They are irresponsible and dangerous. By posting Dr Collins’ and Dr Suomi’s addresses, alongside a misleading picture of the NIH research, they have potentially given animal rights extremists the necessary information to carry out extremist actions. We have seen similar address releases in past result in terrifying home demonstrations as well as acts of vandalism and worse.

PETA have been involved in animal rights activism for decades and should be well aware of the potential risks – this whole strategy comes down to the harassment of scientists and their families to scare them from conducting important biomedical research. Indeed, a statement by PETA’s Alka Chandna to Science Insider that “If I had a neighbor who was doing this, I would want to know about it…It’s similar to having a sexual predator in your neighborhood.” suggests that harassment and intimidation is exactly what PETA have in mind. It becomes all the more sinister when you remember PETA’s record in glorifying and encouraging violence, and supporting violent animal rights extremists.

As Speaking of Research member Prof. David Jentsch noted in his comments to Science Insider:

PETA’s arguments about the value of the science fails on its merits, so they resort to these deeply personal attacks. We’re seeing more of these types of tactics across the animal rights movement. They’re essentially saying to scientists, ‘We know where you live.’

So will PETA’s approach succeed? The fact is that very few of the scientists targeted by PETA or other animal rights extremists have ever given up their research, and for some – and David Jentsch himself is a good example – being targeted has prompted them to become vocal advocates for animal research, which one suspects is not the result the animal rights groups intended.

It’s also worth noting that on previous occasions where animal rights extremists have targeted the neighbors of scientists on this way, they have responded with displays of support for the scientist and their family. We expect that this time will be no different (especially as PETA are hardly the most trusted of organizations).

It seems unlikely that Collins will be cowed by PETA’s tactics, after all as a researcher who has spoken up in favour of human embryonic stem cell research when it was under threat, and who as NIH Director frequently has to deal the demands of wilfully ignorant and frequently obnoxious politicians, he has probably developed quite a thick skin.

Indeed, during a discussion of the NIH’s flagship BRAIN Initiative at the Society for Neuroscience meeting last month Collins was asked directly about non-human primate research, and responded by acknowledging the need for non-human primate research in the BRAIN Initiative and the need for continued outreach to the public on the importance of animals in advancing biomedical research.

Some commentators have suggested a connection between the PETA campaign and yesterday’s announcement by the NIH that it has decided to retire all its remaining research chimpanzees. While some may be tempted to think this, it seems unlikely to be the case. As several researchers noted in the Nature News article reporting the NIH decision, there are still some question marks over the NIH’s decision. In particular how the NIH will ensure that the conditions in which the chimps are retired to meet the high welfare standards of current NIH facilities, and how it will affect valuable non-invasive neurocognitive, genomic, and behavioural research that most sanctuaries do not have the facilities to support, is still far from clear.

However, it is also readily apparent that this decision was driven by the fast decreasing use of chimps in biomedical research over the past 5 years, and in particular the US Fish and Wildlife Service’s recent decision to give research chimps endangered species protection, which prevents any invasive biomedical research that doesn’t benefit wild chimpanzee populations, a ruling that arguably made supporting even a small research chimp colony unviable for the NIH. PETA’s most recent harassment campaign is unlikely to have had much – if any – affect on the NIH’s decision making. 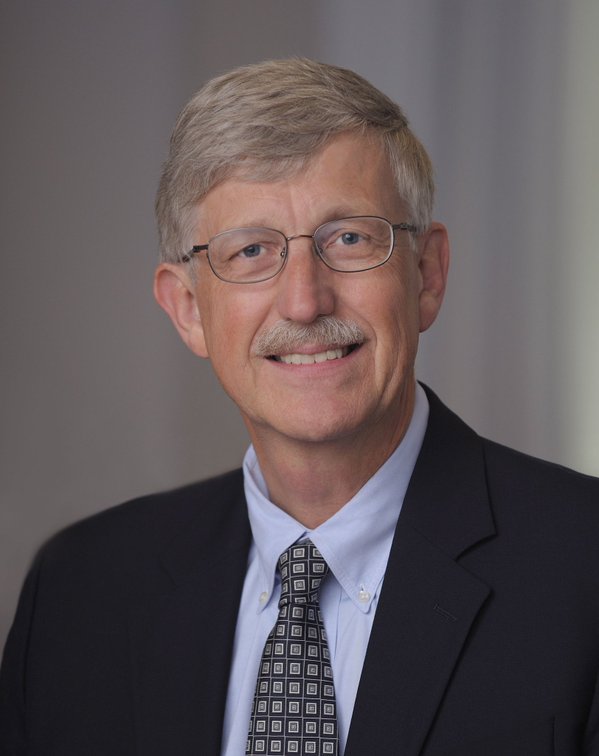 The situation is very different for other non-human primate species, which continue to play a crucial role in many areas of NIH-funded research. Francis Collins himself noted this  in the official statement on the decision to no longer support chimpanzee research, when he concluded by writing:

These decisions are specific to chimpanzees. Research with other non-human primates will continue to be valued, supported, and conducted by the NIH.

Speaking of Research applauds Francis Collins’ continued support for non-human primate research, and his refusal to concede to PETA’s attempts to bully him into a decision that would do serious damage to the NIH’s status a world leader in biomedical research, and indeed to progress against a wide range of devastating diseases.

Speaking of Research condemns the efforts of PETA to stand in the way of medical research that can change lives. Almost 20% of the US suffered from mental health illnesses in the past year. The research community is morally obligated to do what it can to help understand and treat these devastating conditions. We also condemn a PETA tactic that risks exposing researchers to acts of violent extremism that PETA claim not to support.

We hope Francis Collins and the NIH will not bow to pressure, but will continue to stand up in defense of the research community and the importance of biomedical research.